The title Black Swan conveys philosopher Karl Popper’s theories on the power of the improbable, or the unpredictable. Gilles Jobin embraces unpredicted events in order to turn them into favorable instruments for the development of his choreography, without any logic of anticipation. He confronts the moving body, the movement freed from meaning, the movement freed from discourse. A choreography made of a disconcerting harmony out of which the gesture emerges and escapes beyond the realms of possibility.

In Black Swan movement builds itself up, through successive, carefully written, danced phrasings, without any loops or repetitions and chronologically aligned, similarly to a japanese calligraphy. The interlocking of choreographic sequences (solo, duo, then trio) declines itself as a trilogy, each piece overlapping the other. The choreography happens as witnessed by the gaze and the operative action of a technician-dancer, one can see in some forms of Japanese theatre. An essential operator for the development of the show since he makes his body available for the movement of the other.

A dreamlike journey whose uncanny appeal evokes Haruki Murakami’s universe and this author’s ability to play with reality. The events, both real and unreal ones, appear unsurprising to the spectator who can drift along the choreographic sequences. This aesthetic of the unreal and the manipulation of objects eventually become an extension of the body. The spectator’s mind’s eye absorbing the visual proposal and reenacting a remembrance of childhood. A playground ushered by Christian Vogel’s – company’s music director –, two-tones. 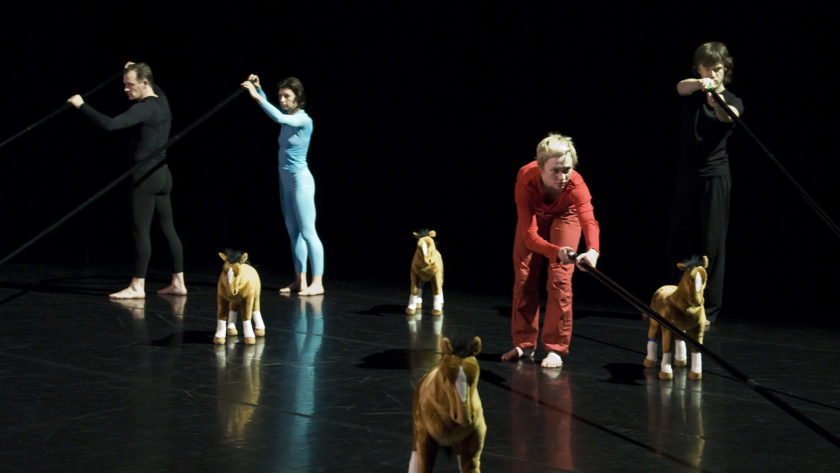 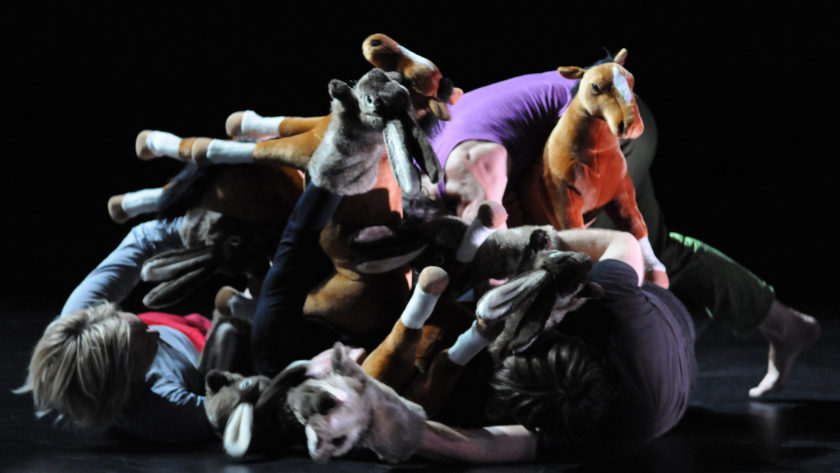 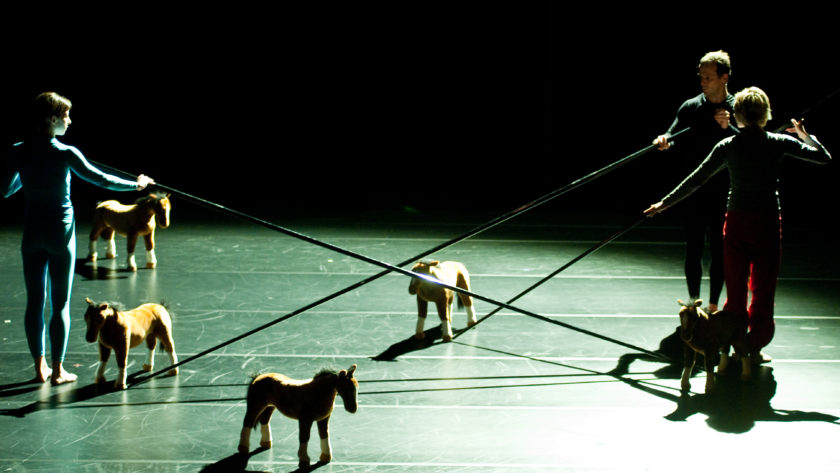 Gilles Jobin benefits of a triennal associated support (2007 to 2009) from the City of Geneva, the Republic and Canton of Geneva and Pro Helvetia -Swiss Arts Council