In my work I have never really worked on duets. Not as the centre of a piece. I have made trios, quintets, septets, even a piece for 13 dancers and another one for 20 dancers, but no duo. I wanted for once to work on a piece that was made out of duos. A piece that was not a duo, but made out of duos. Duos holding hands. Bodies in weight actions. Doubling and dividing. Masses. Divide, unite, multiply. Closer and closer. Bound together. Occupied bodies. Busy bodies. Body to body.

But there are not only duos. There is the “multiply”. Many actions, many people, many movements. So much activity. Being double and being four. Being three time four, four time three and six time two: Being twelve.
We are the result of an individual cell melting into another one and dividing itself in two. And then in four, and in eight, and in sixteen and so on. Our brain is in two parts. We are two halves.

Double deux-double jeux: double game. Something like playing two games at the same time. Not playing fairly. Having another side. Another life. Being alone.

We are one but we sometimes feel two. Do we multiply or do we divide? We are made of divisions. We are binaries been. We are organic material made out of division and union. And we must be two to produce life. A life that will divide again and again. And unite. And divide.
Gilles Jobin, autumn 2005 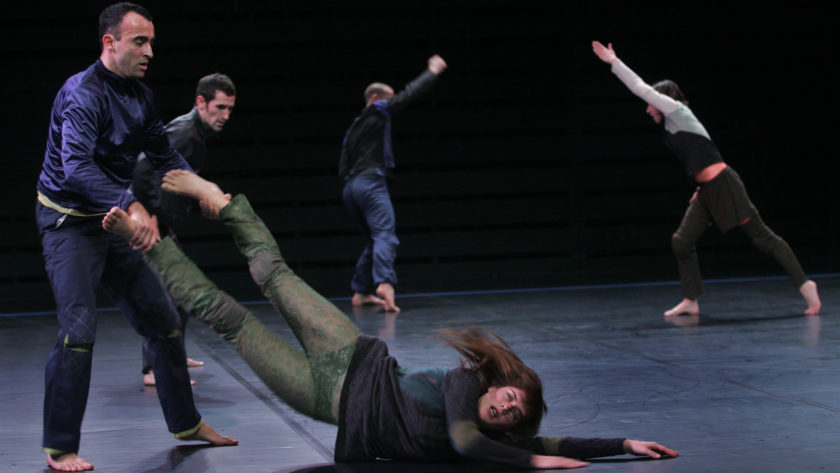 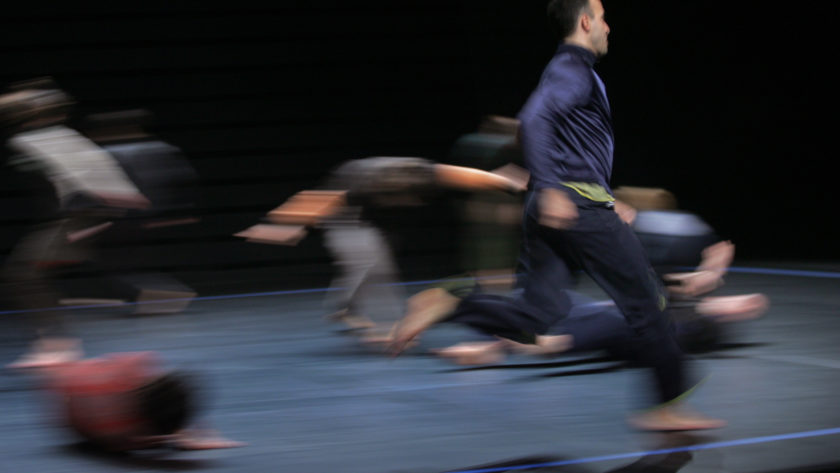