With FORÇA FORTE, a work inspired by particle physics, Gilles Jobin returns to the stage with his first duo with Susana Panadés Diaz. The production is based on the principles of strong force as a rule to generate movement and choreographic composition.

In quantum physics, strong force is the most powerful of the four fundamental forces in nature. This microscopic and counter-intuitive force governs the principles of matter. If chromodynamics uses RGB colour analogy to describe interactions between quarks, it is the combination of the three colours (red, green and blue) that break down light in the performance.

FORÇA FORTE plays with different layers of reality and explores connections between bodies in space. Virtual bodies are first projected on the screen before becoming real on stage. Virtual images, music and elements of the stage set are tangible elements, which the dancers manage in real time. Contemporary western, desert and Mexican cacti appear as representative of a dreamt-up universal identity, which one could slip on like a costume.

The music is created by Franz Treichler and the costumes are signed by the Belgian designer Jean-Paul Lespagnard who has already worked with the company for QUANTUM. 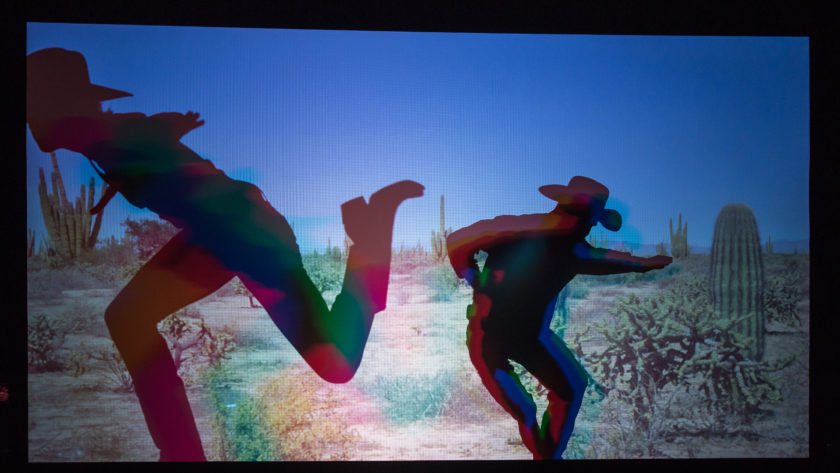 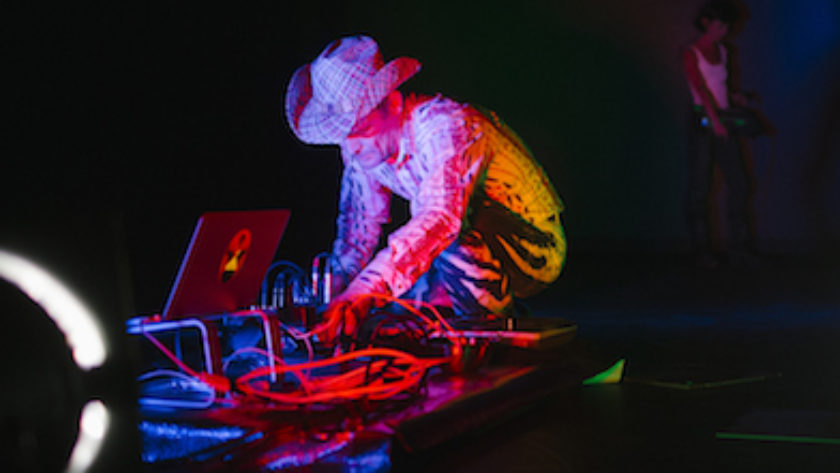 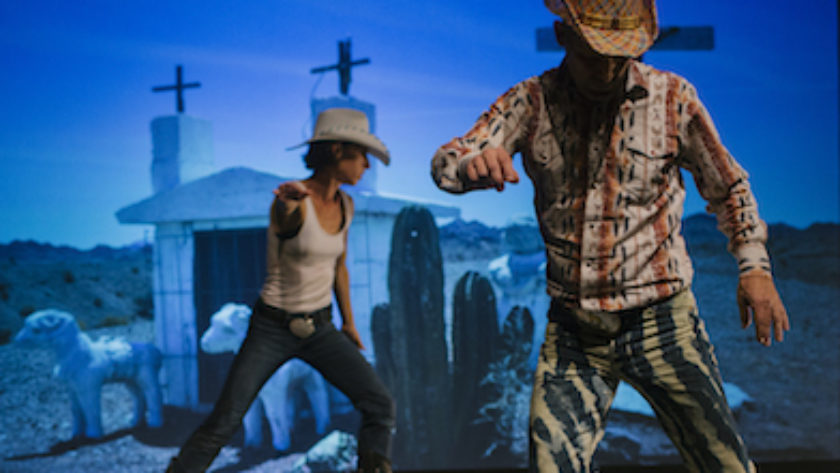