« The idea is to take an actual space as starting point. Walls and furniture, blankets, everyday objects. An inhabited space, shared in close proximity with others.

I basically try to imagine an engine that produces a constant flow of images, a restricted space that conjures up images. Dictated by the context, the lifelike situation and the restricted space, the human beings inhabiting this space, live together, share things and interact with their environment. They behave in an absurd way, yet seem to do so on purpose.

No chaos however, rather a sense of disorder, disorder and proximity. In this space normal rules of behaviour do not apply. By treating abnormal actions in a normal way, the spectator gets simultaneously sucked in and kept at bay. As in a cartoon, the action becomes surreal, building up through a dream-like process. This logic of absurdity is certainly the path to be followed. Then the space is deconstructed, the bodies spread through the space. What this will lead to remains to be seen. » 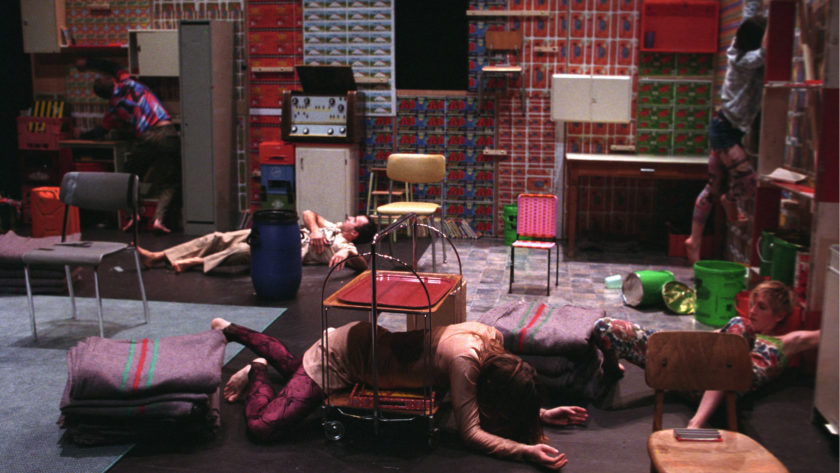 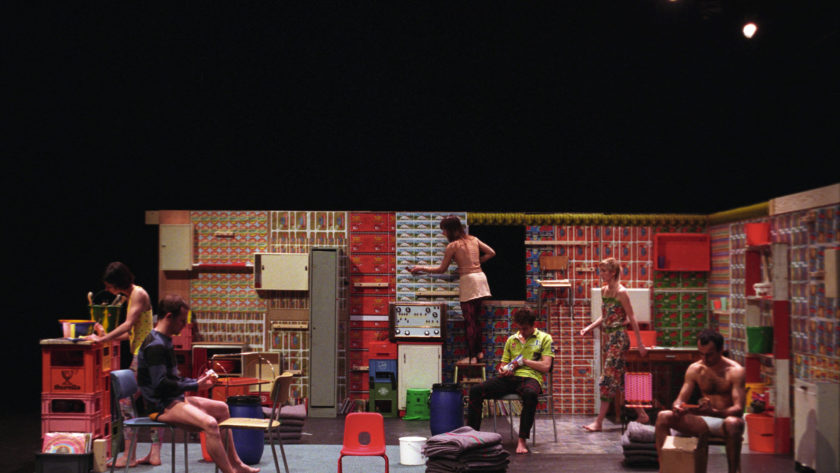 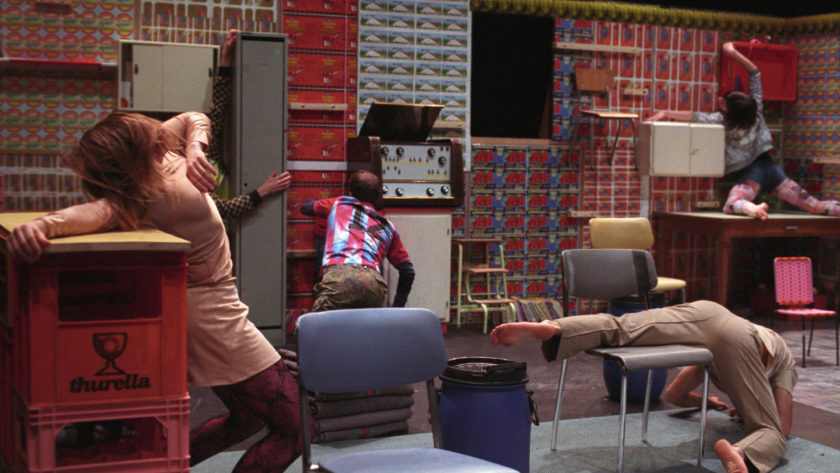