Altered bodies. Inanimate bodies. Manipulated bodies. Braindance is a journey to the centre of the body in search of time. As the body enters an altered state of the human mind it escapes time, postponing the inescapable destiny of death.

“ Three female bodies are strewn across the floor, face down. As for an exercise in the barracks, a man in training clothes comes to put a piece of blue latex under the groin of one of the bodies. It is certainly not to make it more comfortable, otherwise he would not be dragging it on the floor as if it were a cadaver. The men pull the women around on the floor to drop them further off. Then they undress them, exhibiting the flesh of their buttocks, the curve of a lumbar, a chest. It is hard, raw, frightening.
In order to get away from this macabre sight of quarters of meat in ranks, Gilles Jobin then choreographs a body in the prism of intimacy. Cloaked in the secrecy afforded by the half-light and their nudity, the dancers swirl around on all fours. Glimpses of flesh are shown following the partner’s mood who reveals with a flashlight, sometimes an elbow, then the indentation of a rump. It is neither dance nor is it carnal relationship, but rather the staging of photography in movement, the result of flesh that has once again become splendid in the shiver of this faltering intimacy “ 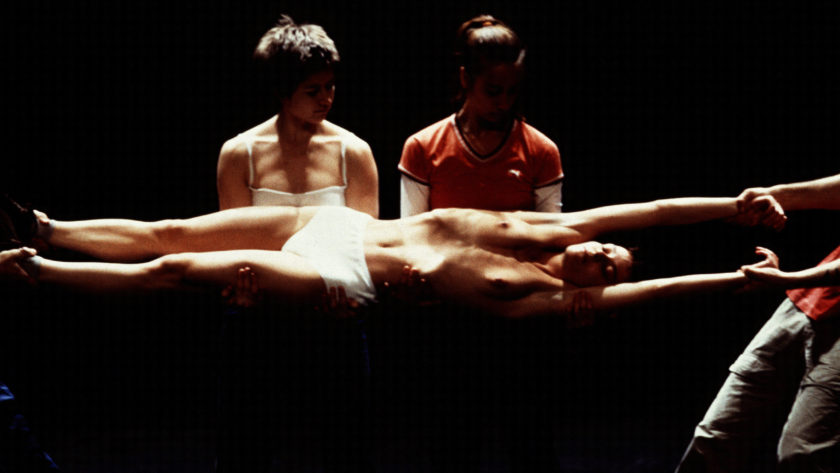 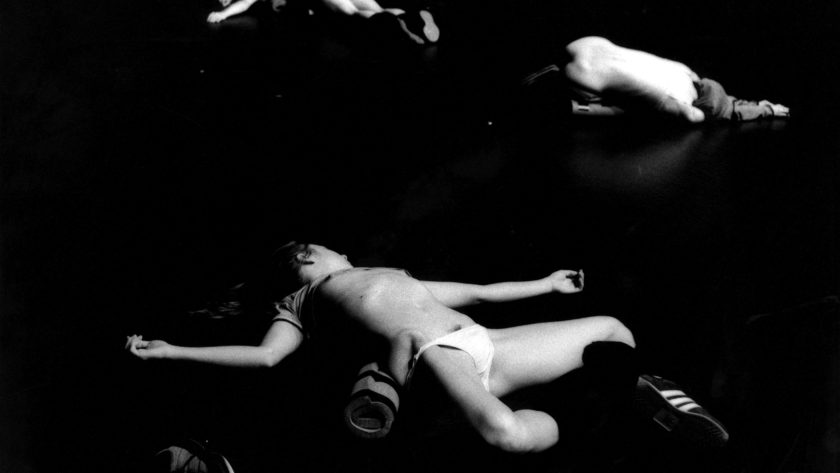 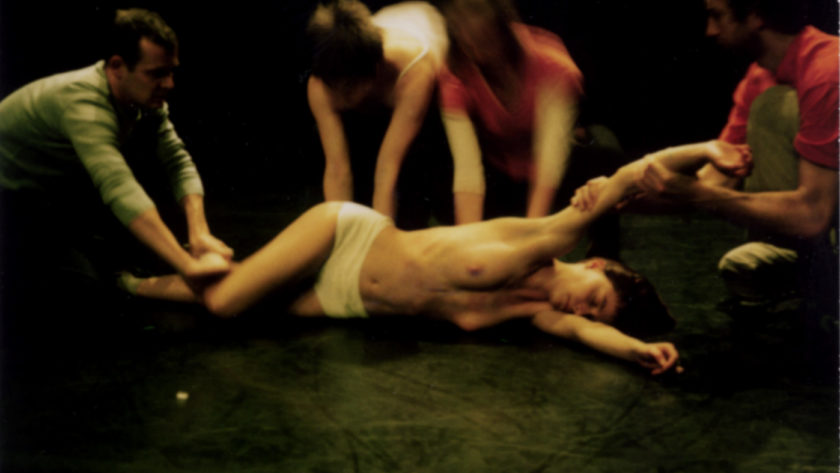